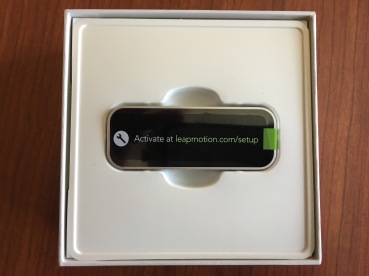 The leap motion is a USB connected input device like no other. It allows user input through hand motion and gestures without any physical contact between the users’ hands and the device.

The Leap motion consists of a small flat device which is placed on the desk in front of your screen and to use it you simply hold and move your hands over it. The Leap motion contains Infra-Red Cameras and LEDs to track the position of hands as well as hand gestures. 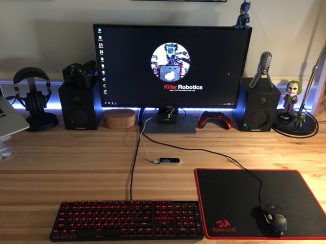 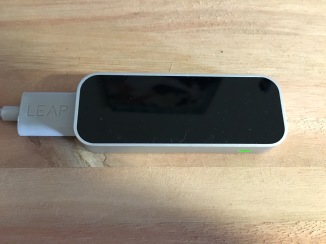 It is a very interesting experience especially when combined with VR (I will cover this in a post at a later time).

The device can track both the user’s hands simultaneously, which results in a great and seamless experience. The included tech demos are also very impressive.

Here is a video showing the device in action:

The Leap motion is a bit of a novelty device and it’s won’t be replacing your mouse and keyboard any time soon. Also note that the sensing area in which your hands need to be isn’t that big, which is a bit restricting, however it does provide a great tool for experimentation with alternative ways of computer interaction.

I have some big plans for the device with my DIY VR headset version 2 in the future.

It is also worth mentioning that the Leap Motion prices have dropped since launch and I managed to pick one up from amazon for just over $60 when I was in the US last year.