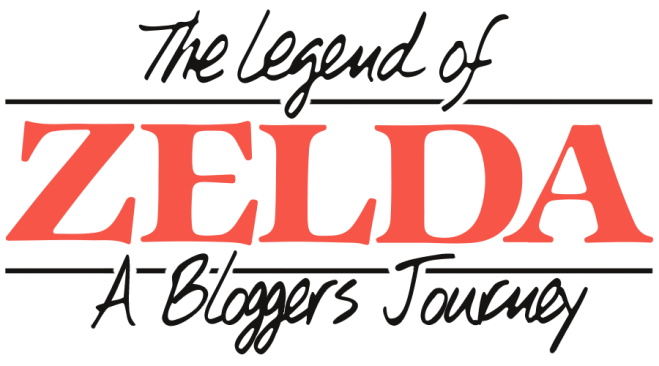 This post forms part of a series covering the entire Legend of Zelda franchise hosted by NekoJonez , so if you love the Legend of Zelda as much as I do, browse over to this hub article on his blog, which contains links to article (like this one) on each Legend of Zelda game in the series created by a variety of different bloggers.

The legend of Zelda series is one of my favorite gaming series, as can be seen by the numerous Legend of Zelda items in my gaming collection.

So to say that I was eagerly awaiting the release of Breath of the Wild earlier this year is an understatement of note, so was it worth the wait? Did it live up to the hype? Lets find out.

The Legend of Zelda Breath of the Wild is the latest, and in my opinion greatest, adventure in the Legend of Zelda series. It released in March 2017 (Nearly 6 years after Skyward Sword, the last major console Legend of Zelda game released) on the WiiU and Nintendo Switch and received almost unanimous perfect review scores (With a current Metacritic score of 97%).

The amount of freedom the game allows is also truly amazing, and any situation the game presents can be approached from various different ways. This combined with an amazing physics engine fully releases the player’s imagination in a sandbox of almost endless possibilities. Some examples of this is how bombs can be used to kill fish in ponds which can then be easily collected, or how the player can “cheat” in the motion controlled ball and maze puzzle shrines by simply flipping the control pad upside down and using the flat back of the maze to easily guide the ball to the target, or realizing that any metal item can conduct electricity and then using spare weapons and armor to solve electricity puzzles, or how an enemy encampment can be destroyed by using the wind and a patch of dry grass to start a wild-fire to burn it to a crisp, or how a wooden shield can be used to catch and collect enemy arrows fired at you . These are but a few of many examples.

Breath of the Wild is not an easy game, but you never feel that it is unfair. Breath of the Wild harks back to a time in gaming when games actually presented a genuine challenge. This is very apparent in Breath of the Wild in how even from very early in the game you are free to go to areas where very high level and dangerous enemies reside, which in the beginning you are very unlikely to defeat. But as you gain more health and stamina, get better weapons and armor and also get better at the game you will later be able to defeat those same enemies much more easily. For example, the first time I encountered a Stone Talus it was a long and grueling fight, which I only beat after numerous attempts, but after I upgraded my armor and weapons and also learned to better utilize my ranged attacks and dodging, I can now take down a Stone Talus without much effort.

The different regions in the game world vary greatly in look and feel, from the grassy plains of the Great Plateau, to the fiery Death Mountain, to the water rich Zora’s Domain, to the sandy desert of the Gerudo Wasteland. All the regions are beautifully bought to life, each with its own inhabitants, sub-quests and story arcs. All of these regions also contain villages, all unique and wonderful to explore.

Another great feature in the game is that you can buy a house, and make various upgrades to it. This provides a handy place to store items you have collected, freeing up some valuable inventory space.

One of my favorite things to do in Breath of the Wild is to go out in the world and scavenge for useful items, chopping down trees for wood, mining minerals with my hammer, hunting a variety of animals for meat or simply picking fruits, vegetables and mushrooms to use in recipes.

Crafting is done in Breath of the Wild through its cooking system. Various recipes can be discovered, through experimentation, to create a variety of potions and food items offering not only health restoration but also a wide range of temporary upgrades to attributes like stamina and sneaking.

After everything we have covered and we haven’t even touched on a major element of the game, the dungeons. Dungeons come in two varieties, firstly shrines, which are mini dungeons in which you unlock abilities and spirit orbs (which are used to upgrade health and stamina) and then the five main dungeons. The five main dungeons consist of the four Divine Beats and finally Hyrule Castle. All five main dungeons end with a boss encounter with an embodiment of Ganon. These dungeons offer a wide variety of challenges, from truly impressive puzzles to powerful enemies, and finishing one gives you a real sense of achievement.

If you haven’t realized this yet, I truly love this game and it is easily in my top three favorite games of all time, and is definitely my favorite Legend of Zelda game.

I enjoyed every second of this game and even after spending far over a hundred hours playing, I still feel that there are things left to discover.

Quite often when a game gets huge amounts of hype and amazing reviews it ends up being a disappointment as expectations are built too high and it fails to live up to them, but this is not the case with Breath of the Wild. This game not only lives up to the hype but also exceeds it.

3 thoughts on “The Legend of Zelda Breath of the Wild”